The commemorative tradition in early American art is given sustained consideration for the first time in Sally Webster’s fascinating study of public monuments and the construction of an American patronymic tradition. Until now, no attempt has been made to create a coherent early history of the carved symbolic language of American liberty and independence. More>>

Often regarded as merely the creator of sentimental images of mothers and children or an expatriate heavily influenced by Impressionism, Mary Cassatt is not typically regarded as an artist of radical convictions. In Eve’s Daughter/Modern Woman, Sally Webster reevaluates these dismissals with a historical, aesthetic, and symbolist analysis of Cassatt’s unique venture into the male-dominated realm of large-scale mural painting, Modern Woman. More>>

In this groundbreaking anthology, artists, architects, historians, critics, curators, and philosophers explore the role of public art in creating a national identity, contending that each work can only be understood by analyzing the context in which it is commissioned, built, and received. They emphasize the historical continuum between traditional works such as Mount Rushmore and the Washington Monument, in addition to contemporary memorials such as the Vietnam Veterans Memorial and the Names Project AIDS Quilt. More>> 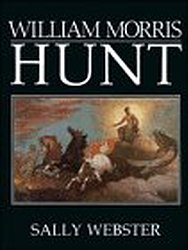 Although William Morris Hunt (1824-1879) is included in all standard surveys of American art, this is the first modern study of the influential Boston painter who played a leading role during an important watershed period in American art. Little examined, this era (1850-1880) witnessed the decline of the nativist school of landscape painting and the emergence of a new aesthetic introduced by successive generations of European-trained artists who sought to bring more emotion and painterly expression to this country’s art. More>>

“Color Symbolism and the Theory of Correspondences: Carl Gutherz’s Mural for the Library of Congress,” for an anthology on American Symbolism to be published by Ashgate.